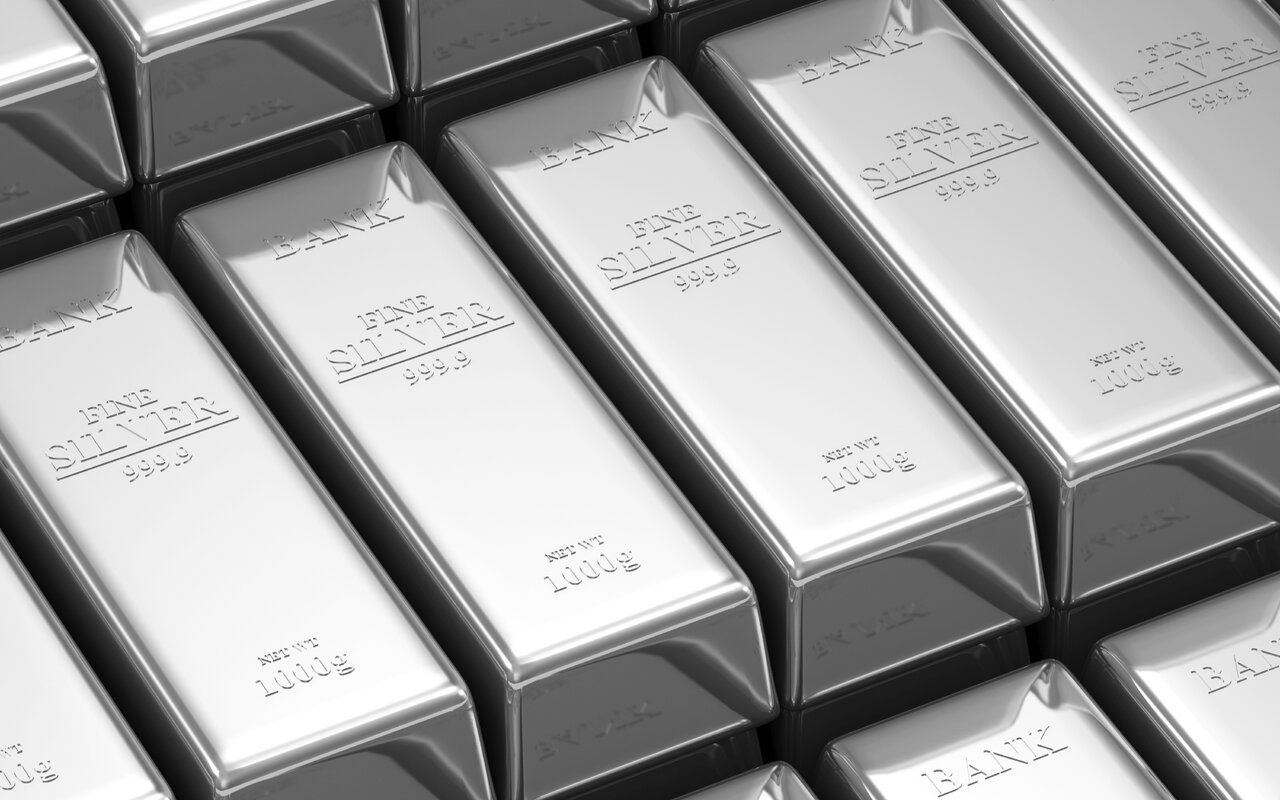 All That Glitters Is Not Gold

During March and April of 2020 when we were all thinking about toilet paper, silver prices began rising before eventually reaching a seven year high during Q3 of 2020. The precious metal saw inflows from investors seeking a safe haven.

In fact, it gained 47% during 2020. That’s more than the modest but still respectable 25% return on gold. Now, unlike many of the stocks that performed well during 2020, silver has strong fundamental demand factors. The macroeconomic picture also looks positioned to push the silver price higher.

Silver reserves have held relatively constant for the past decade. 2020 reserves were moderately lower, but nothing too noteworthy.

So, what happens when we have stable reserves, stable production, but higher demand? To make things more interesting, add in a spike in expected inflation. It makes for a story in support of buying some silver.

Silver has the highest electrical and thermal conductivity of any metal, which makes it great for solar power generation. The Biden administration is very friendly towards solar power, with a $1.9 trillion stimulus package in the works. It’s worth noting that at the end of March, Yellen and Powell praised the existing stimulus measures but also noted more needs to be done. Now, Biden is a clear supporter of clean energy, with his site repeatedly listing wind and solar as key areas of growth. In fact, tax incentives and innovative financing mechanisms are both strategies the Biden team plans to implement to drive investment in what they call the clean energy revolution. All of this activity will drive demand for silver.

That’s because a typical solar panel can contain up to 20 grams of silver. If solar grows, which we expect to happen during the Biden administration, silver demand will grow along with it. Total installed capacity of renewable photovoltaic technology is expected to grow significantly as voters around the world pressure their governments to include renewable energy investment in their COVID pandemic-related spending.

In the power and utilities industry in 2021, 82.8% of announced US M&A deals are in the renewable energy space, according to Deloitte. Just in case you thought that the oil & gas space was still the focus of investors, this information should at least demonstrate that renewable energy is the focus of spending now. Not just in the future.

2021 is estimated to be the first year renewable energy will surpass oil & gas as the largest area of spending in the energy industry. The Biden administration’s stimulus is already in the multiple trillions of dollars. Private enterprises have always responded to incentives and in this case the incentives from Biden’s administration will encourage investment in renewable energy. This is all great news for silver demand.

Growing inflationary pressure would be expected to drive gold and silver prices higher. Good news for silverbugs because the last time inflation expectations rose this high this fast, the silver price catapulted to $48/oz. This was in the aftermath of the 2008 financial crisis. It took until May 2011 for silver to hit this high but the investors who bought early were rewarded for their foresight.

Silver prices showed more variance during 2020. The silver price growth from its lowest to its highest point during 2020 was 137%. For gold, the same analysis yields a less compelling 38% gain. This price variance presents opportunities to investors who can handle price fluctuations.

Silver also offers security from inflationary pressures that are negatively impacting dividend paying stocks and fixed income instruments. It’s healthy to hold an inflation hedge in your portfolio and even better if there’s some upside based on your entry point.

So, supply is growing at a relatively low, stable rate, reserves are modestly lower, and demand is set to surge as governments push stimulus spending into renewable energy. On top of that, inflation expectations indicate we could see price performance similar to that observed in 2011.

Thank You For Your Loyal Readership