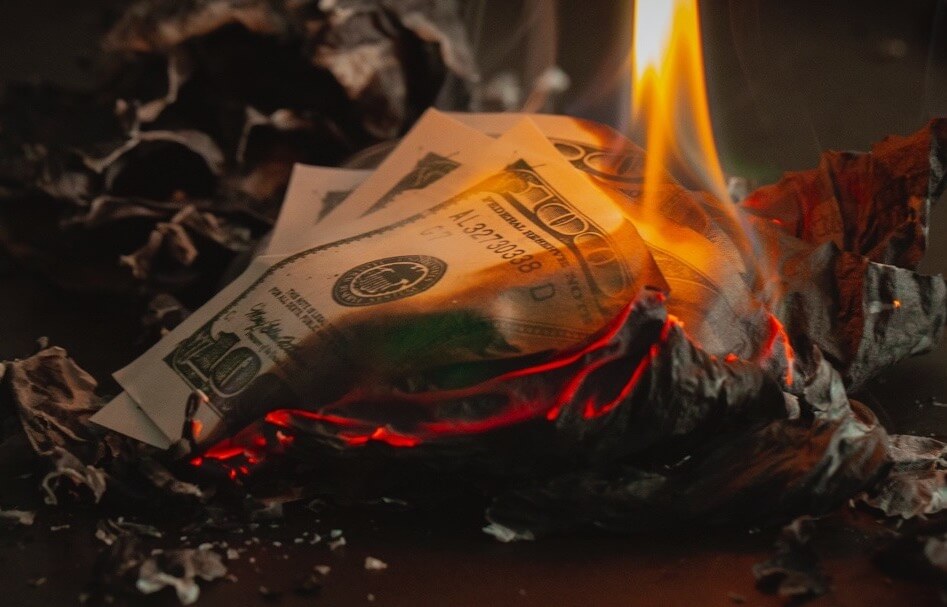 How to Deal with This Wealth Destroyer

This is the most important force driving the markets this year.

Nothing else even comes close.

Everybody feels it. From consumers to manufacturers, banks, and private and public markets.

Prices are soaring on everything. From food to fuel to houses and mortgages.

You simply pay more now than you did last year or the year before.

This is a challenging situation in two ways.

First, your standard of living is decreasing. A dollar today buys less than a dollar did one year ago.

Over multiple years, this problem only compounds.

We will show you how it works in just a moment.

And we will show you how investors could potentially shield themselves from these problems.

We are not going to guarantee you that inflation is easy to deal with. Even sophisticated investors struggle to position themselves to protect their holdings against it and potentially even benefit from it.

But we will suggest several strategies that you could put on your radar.

First, the prices are going up. The prices of some products simply soar.

For example, energy prices rose by 26% compared to February 2021.

In other words, buying and fueling a gas-powered car has become a nightmare.

But rising prices aren’t the only factor here.

People’s salaries haven’t been keeping up with inflation.

Sometimes workers get “inflation” adjustments to their annual salary. In 2020, for example, people’s income grew by about 5.5%. And just 1.2% of that was eaten up by inflation.

As a result, consumers got a 4.3% boost to their annual salary – in real terms.

But in 2021, as people received their third and final stimulus checks, something bad happened.

Their nominal income was still up almost 5% compared to the previous year.

But at the same time, inflation started growing and reached 4.7% for 2021.

It meant that real income (which is nominal income minus inflation) was almost flat.

And in 2022, an even worse situation is developing.

Experts project that nominal income will again grow by 4.9%. So far, so good.

But average annual inflation is likely to soar to 6.2%.

This means that, if experts are right, real income will go down by 1.3% this year.s

Since real income will likely go down this year for a lot of people, they could be tempted to draw some money out of their bank accounts to pay some of their growing bills.

But there’s a problem.

Taking money out of your account means that you’re putting your future financial well-being in jeopardy. With less capital, you may not achieve your long-term goals.

And the money that stays in that account will continue losing value due to inflation.

That’s the difference between the 10-year Treasury rate and inflation.

In real terms, you’ll be down 7% due to inflation.

This is what a lot of investors miss.

It also destroys your savings.

Savvy investors know that the best way to deal with rising prices is with assets that could potentially appreciate even faster.

We call them “hypergrowth” assets. They position themselves to potentially benefit from massive megatrends that are unfolding in the markets.

“Hypergrowth” stocks that, in our view, are positioned to potentially counteract inflation work in several industries. From tech to precious metals… to clean energy commodities like uranium.

Commodities have acted as a good inflation hedge in the past.

But there’s a secret. Sometimes the companies that produce these commodities deliver potentially higher upside.

This is why we have several uranium companies on our radar right now.

Our readers, in our view, will benefit from considering this sector as well.